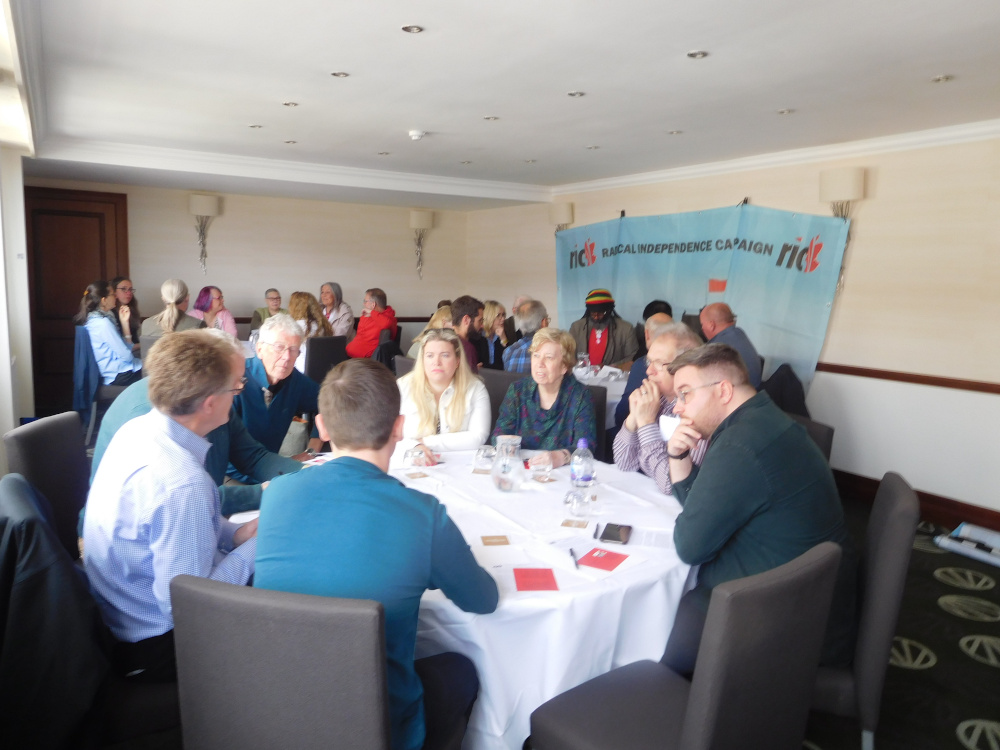 Iain Robertson provides a report from the Progress to Yes conference in Aberdeen on Sunday 29 May.

An independent Scotland will have a brand-new, written constitution. But what will it say? Where will power rest, and how will it be exercised? How will it allow people to hold our new government to account? Join activists from the Radical Independence Campaign in this short participatory workshop, where everyone in the room will form a Constituent Assembly in miniature, deliberating over what a progressive constitution will look like. At the end, we’ll bring together and publish the most popular ideas as a contribution to the debate about how an independent Scotland should be governed.

This session was organised by the Radical Independence Campaign (RIC) and was run as a workshop involving three groups of participants (26 in total) discussing what the key elements of a new Scottish constitution might include. The aim was NOT to come up with a model constitution in 25 minutes of discussion but, rather, to demonstrate the method of participatory and democratic policy formulation (in contrast, say, with being handed down one or two options to be amended then voted on).

Despite the time constraints, each group submitted a written report, necessarily brief and they comprised headings and pointers rather than fleshed out proposals.

Nevertheless, they provide a flavour of what a constitution could look like and they reflect the aspirations of some of those closely involved in campaigns for Independence. The following points are a collation from the three groups. I have tried to represent as accurately as I could each point. Wordings have been altered on occasion to give clarity.

Is it not likely that an aspirational constitution paving the way towards a radically improved democracy compared to the current electoral dictatorship of Westminster would be a powerful tool in the armoury to further develop the argument for independence?

We should be working now to frame a constitution and that work should be done by ourselves.