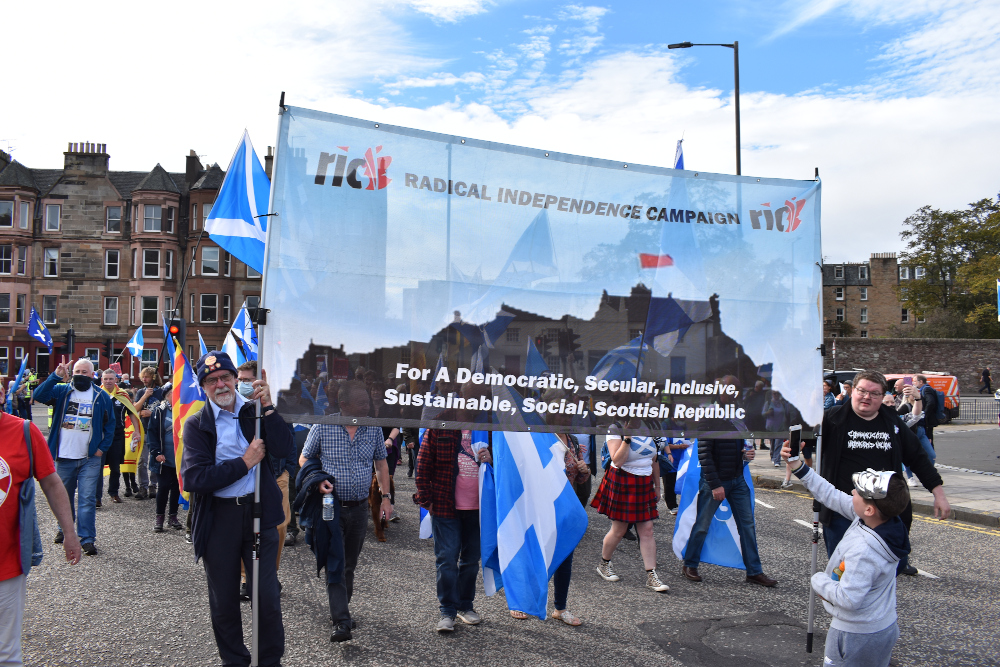 The Radical Independence Campaign is calling on Scottish independence supporters — and our allies in the Irish and Welsh national movements — to gather outside the UK Supreme Court in London as it begins hearing the indyref2 case on Tuesday 11th October.

The United Kingdom declares before the world that it is a democracy and respects and defends democratic rights. We challenge this.

The Scottish movement for self-determination, of which we are part, is a movement for the development and expansion of democracy in which the people living in Scotland decide the nature of our government and our relationship with the other people of these islands.

As part of this we wish to organise, amongst ourselves, a referendum to determine whether or not we wish to remain part of the United Kingdom. This is our democratic right.

The United Kingdom currently boasts an unelected head of state, King Charles, and a Conservative government led by a leader, Liz Truss, elected to this position by Conservative Party members representing a tiny fraction of the UK electorate.

This government is attempting to impose on people in the UK a programme that has not been placed before the people in an election but simply invented by a small number of Tory MPs.

Meanwhile, a Supreme Court made up of unelected judges drawn from the privileged and monied classes will decide whether Scotland should be allowed to vote on independence.

In response to all of this we promote a genuine, republican democracy and loudly proclaim: Let the people decide!